Continuing my thoughts about the narrative experience of Pokémon Scarlet & Violet as I play through my game of Violet. Assume spoilers about it based on how far along I am in each post.

As I get to the end of the game spoilers will be getting bigger, so be warned!

I have some thoughts on the graphic issues of Pokémon Scarlet & Violet that come from my own experiences in the video game industry. In thinking about the design of games, we would have to consider the issues of an “open world” concept, or at least a game where fights and combat scenarios could happen anywhere in the game world. How would one make sure the camera was always in a good position, or that objects in the world would not block, colide, or otherwise interfere with game play? Generally, the conclusion would be reached that it was just too much trouble to design around such issues and we’d go back to having backgrounds and cameras pre-rendered, or only allowing combats in fixed locations. In fighting games such as Mortal Kombat or Injustice, the game play is fundamentally 2D fights in very carefully constructed arenas. Games such as Final Fantasy VII or previous Pokémon games would have battles take place in abstracted versions of the current location where all variables of camera, position, and background elements could be controlled.

Scarlet & Violet decided to deal with such issues by simply not caring. Pokémon battles can and do happen where ever they are triggered, and thus sometimes the camera is at a very awkward angle, you might be staring right at your pokémon’s butt, pokémon are floating in the air, hanging over a ledge, etc. I have had battles where my character has been right in the middle of the fighting pokémon. One of the climactic story battles was supposed to take place on the school grounds at night, but I accidentally triggered in during the day, so the Academy’s students were going about their routine business while this huge fight was going on, including a student who walked right into and through my pokémon while it was in the middle of terastralising! I would have liked to have been in the room when the development team officially decided that they just, as I said, were not going to care…

Getting back to the narrative… Each of the last few generations of the series has done something new with the core story and how it enfolders for the player. In Scarlet & Violet, the tripartite plot is, relatively speaking, a radical departure from what has gone on before.

As mentioned last time, the three different storylines are pretty clearly meant to be followed simultaneously, with the player moving from each stage of each, completing all three at that “level,” and then moving on to the next stage. In my playthrough I have now finished the “badge” stages of all three and the final conclusion of two. Oddly, while the progression of collection badges is important to each storyline, there is no way for the player to review and display the badges earned so far. In previous games you tended to have a badge case to refer to, check your progress, and admire your collection. In Scarlet & Violet you have more badges than ever, but no way to review them…

I’ve now completed two of the three main storypaths. I’m almost done with Path of Legends, the Titan pokémon story, so I’ll get to that next time.

Facing the eight Pokemon Gyms, the classic game structure, earns one the right to take on the Elite Four just as in most games in the series. As mentioned last post, the significance of this challenge is deemphasized, since that particular story is only one of three. Getting to the Stadium is a bit of a journey, though in retrospect it is much easier than the Victory Road in previous games, which could often be a bit of grind, fighting through numerous, not very interesting pokémon confrontations.

Before the battles, one faces the challenge of… an interview and test! You are in a stark office room being quizzed by Rika. I can imagine this being a bit stressful for people anxious about the pressure of performance reviews and examinations. You get asked about your previous pokémon encounters, so it might be best to have some notes! I did not test it out to see what happens if you don’t get the answers right…

The actual matches hold few surprises since I met almost all the Elite Four already. The re-appearance of Larry is the only unexpected encounter. The mopey salaryman is an entertaining character, though I wonder since, as he reports, he was told to use Flying Type rather than the Normal Type that he usually favors, if his role was originally meant to be a different character and he was swapped in for time and budget reasons.

The battles themselves were a little challenging, mainly due to my use of an all Grass Type team, rather than an adaptable, optimized one. The final battle against Geeta ended up easier than others because of her Type choice (Larry’s Flying Types were the hardest to beat with my Grass team). It’s example of the de-ephasis of the Gym Challenge in this game that once you defeat the Elite Four and Geeta you are proclaimed, not the Champion, but just a Champion. No more being “the very best, like no one ever was.”

The storypath concludes with one more fight against my now fellow Champion, Nemona, who is thrilled to finally go all out against me. It turned out to be an interesting fight, with a lot of the other non-player characters watching and cheering us on. Victory gave some sense of accomplishment, but also some disappointment that Nemona’s character arc was just her desire for me to become a worthy challenger who could give her a good battle. I was hoping for nuiance and layers to her as a dramatic character, as had been the case with Hop in Sword & Shield.

The Team Star story has been the most interesting and the most involving, since I have had to figure out what’s going on from various scattered clues and from the team leaders’ memories (that I am able to witness for some reason).

To briefly summarize, it turns out that the members of Team Star are all kids who were being bullied at the Academy. The members, along with the leaders and the mysterious Big Boss, banded together to defend themselves and fight back against the bullies. There was a big ruckus and Team Star ended up taking the blame, though they were acting in self-defense. The Academy covered up the whole affair, letting go faculty who knew the truth, and depicting the events so as to make Team Star the bad guys. Since then, the team has waited at their bases for the Boss to return and tell them what to do. It isn’t a huge shock to find out the mysterious Casseppia, who enlisted me in attacking the bases and defeating the leader, is in fact this Big Boss, and that Operation Starfall is an attempt to dismantle what they now regret creating.

The way the bad guy “Teams” have been presented in the last three games have been one of my favorite narrative elements in the series. From the exploited and manipulated Team Skull, the self-parodying deceptions of Team Yell, and now Team Star’s exploration of the very serious problem of school bullying, there has been something engaging and touching in each new game. They’ve come a long way from the somewhat goofy villainous organizations of Team Rocket, etc.

After the last leader is defeated — and agrees to disband their base upon that defeat, I go to face Cassiopeia themselves — who turns out to be *gasp *Director Clive, I mean, Clavell of the Academy! Except… nope, not really… He was just pretending, in order to keep me from having to face the real Cassiopeia.

I go to face the authentic Big Boss to find her to be… (small surprise) Penny, Cassiopeia’s shy, mild mannered assistant and supply manager. Once I defeat her (which isn’t too hard: an all Eevee team is rarely good strategy) more details are filled in on the history of Team Star, the bullying, the blame, and so on. Since Team Star was not a dictatorship, and she could not order the leaders to disband, the only way to get rid of Team Star was to defeat each leader and have them stand down according to their sworn code of conduct.

When all is said and done Director Clavell apologizes for making Team Star scapegoats, appreciates what they all suffered by being bullied, everybody recognizes the value of friendship, and all is forgiven, and Team Star has the opportunity to continue to exist and work to make the Academy a better place.

So all well and good, and I don’t mean to make fun of its message and uplifting goals. The problem with the story is, even more than with Lillie’s character arc in Sun & Moon, it is not my story. I as a player and as a character in the narrative am just a bystander. It was enjoyable to start off thinking Team Star are the bad guys, learn about them, and begin to doubt whether I was doing the right thing by destroying them… but then the narrative shifts away from my involvement at all.

Sword & Shield gave me opportunities to think about the larger events I was involved in and come to my own evaluations and conclusions, and how to feel about the characters and their motivations. In Scarlet & Violet I end up feeling like “Um… okay, I’m glad you guys worked out your issues… I… I guess I’ll be going now. Bye…”

This week my wife and I have finished the audiobook of her historical novel Kells: the Gospel of Columba. All 24 episodes are up at her podcast Continuous Dream.

It’s been a year of posting an episode every two weeks, so it’s been quite the project, with three narrators, music, and sound effects. I started doing audio drama back in the later 1980s, with reel-to-reel recorders and literally cutting and taping audio tape. Now it’s been a fun opportunity to learn about using Adobe Audition.

You can listen and learn more about the show at Continuous Dream or find us on Apple Podcasts or your favorite podcast player! RSS feed below: 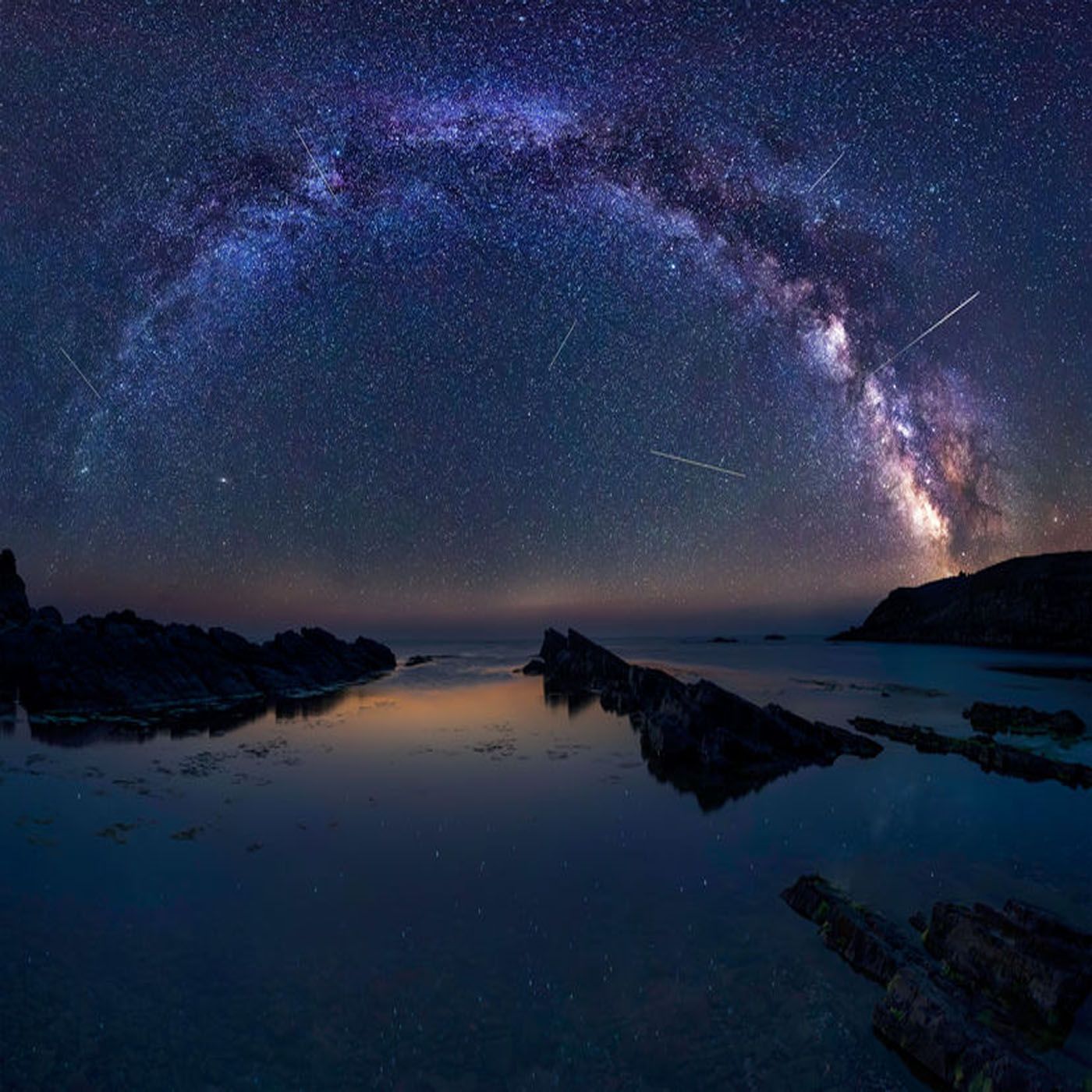 Kells: Behind the Scenes: the Wrap – Continuous Dream

In this episode we interview the author of Kells, Amy Crider, and discuss the recording of this audiobook and what’s coming up for the podcast. For more Behind the Scenes on Kells: The Gospel of Columba, please listen to our earlier interview with Amy at: https://soundcloud.com/user-1128956/behindthescenes07-kellsintroduction?si=45459b52035d4faf9b81cbefa2d82a88&utm_source=clipboard&utm_medium=text&utm_campaign=social_sharing You can also hear our past interviews with the audiobook’s performers in the podcast feed or at: Jeff Broitman https://soundcloud.com/user-1128956/behindthescenes-kells-bonus-interview?si=d671ba90ddb2426db7c3a42b047bdf2b&utm_source=clipboard&utm_medium=text&utm_campaign=social_sharing Linsey Summers https://soundcloud.com/user-1128956/behindthescenes-kells-bonus-interview-two?si=5ad61e09ba82455eb76158baa7644901&utm_source=clipboard&utm_medium=text&utm_campaign=social_sharing Baird Brutscher https://soundcloud.com/user-1128956/behind-the-scenes-kells-bonus-interview-three?si=b25d7d499fc84126a17bebccf0479850&utm_source=clipboard&utm_medium=text&utm_campaign=social_sharing For more episodes please visit http://www.continuousdream.com Our YouTube Channel is: http://www.youtube.com/channel/UCOdJZyrj9vtqTBPjqyReWpw You can support the program at: http://www.ko-fi.com/continuousdreamtheatre36160 For more about Amy Crider and her writing see http://www.amycrider.com Please like and subscribe to Continuous Dream wherever you download and listen!

Museum of the Slightly Curious
Blog at WordPress.com.
Loading Comments...