The series continues its technique of advancing some plot elements surprisingly quickly. Discovered a few episodes back, the original Roy Harper has been rescued and is now recovering in hospital. We see Red Arrow’s sharp edged personality is true to his younger “self.” I don’t think this idea of their being two Roy’s appears in comics (as common as superhero clones are) but I could be wrong. I’m avoiding doing research beyond my own comic reading to avoid spoilers. The hero name “Arsenal” that he adopts is the more commonly used one by the adult Roy as he moves beyond being Green Arrow’s sidekick.

The consequences of Artemis’s fake death continue to cast a shadow across the show. The Justice League has a secret memorial to fallen heroes, secret to conceal the mortality of superheroes. It contrasts with the situation in comics where heroes die and come back to life so often even the characters themselves comment on it.  Besides Artemis, there are statues of the Ted Kord Blue Beetle, Tula, the Aquagirl who was active during the five year break, and… the Jason Todd Robin, who I was wondering about since it’s Tim Drake who is wearing the Robin costume now. Jason was the Robin famously killed by the Joker as part of (probably fake) poll given to readers who wanted to vote on his fate. Jason, in comics, of course eventually comes back to life becoming the antihero Red Hood (all four characters who have been “Robin” have died and been reborn at one time or another). As always we don’t know where the show is going to take things in its own, distinct continuity.

There’s plenty of tensions in the Green Arrow “Family,” between Ollie, the two Roys, and Artemis. Green Arrow has gotten a lot of attention as a character from his long-running live action show, but he’s often mostly a joke in other media. He is usually most successfully portrayed as clownish second-banana to his wife, Black Canary. 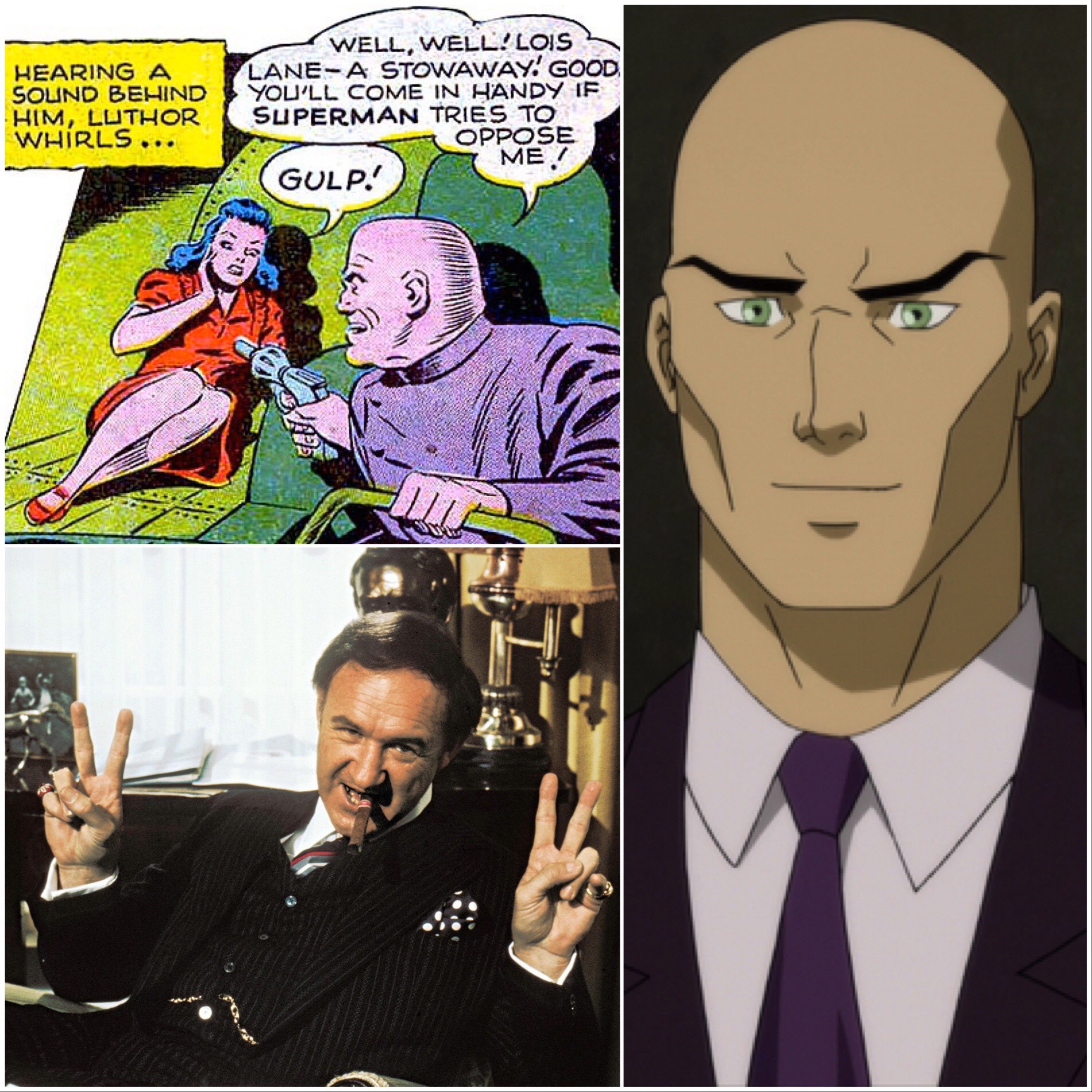 This episode is ultimately stolen by the imperturbable Lex Luthor. Lex is a character who has grown rich, layer by layer, from all the different interpretations he’s had over the years. It was the Richard Donner Superman movie in 1978 and the 1986 reboot of the Man of Steel comic by John Byrne that transformed Luther from mad scientist to scheming business man. The 1996 Superman: The Animated Series further established Lex as the impeccably tailored mastermind he mostly commonly appears today. That series also introduced his chauffer and bodyguard Mercy Graves, who became popular enough to transfer into main DC Comic continuity (much as Harley Quinn did). Young Justice adds a new feature to Mercy by making her a cyborg living weapon. This episode also show Lex’s head of security is named “Otis,” bringing the homage circle back to the Donner Superman.

An amusing side story this episode was the unfortunate Captain Cold having the bad luck to attempt a robbery across the street from a superheroine bridal shower. It raises the eternal question of why villains ever think they can get away with crimes in broad daylight in cities overflowing with metahuman vigilantes. The Captain Cold of Young Justice continuity is an old school, snickering baddy, not the conflicted, multi-layered that Leonard Snart has become in various Flash stories in recent years.