Seven episodes in and Ultra Q has established itself as a show where just about anything can happen. When you start an episode there’s no telling what kind of story might be coming, other that it will probably involve a giant monster of some sort. Here are a few comments and observations. Assume some Spoilers for each episode. 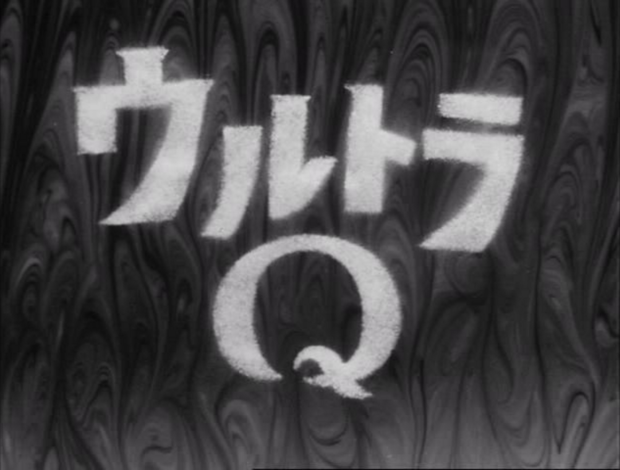 The original title of the series was “Unbalance” and this episode is an expression of that theme. Humanity has unbalanced nature and events such as a giant blood-drinking flower blossoming in downtown Tokyo are just going to happen. “It’s a time when you don’t know what will fall from the sky,” a character says.

Some different special effects techniques were used in this episode. Eiji Tsuburaya, whose company produced Ultra Q is known for miniatures, pyrotechnics, and monster suits, but this episode experimented with stop motion, photographic backdrops, and compositing. It’ll be interesting to see if the show continues to try new approaches to depicting this out of balance world.

This is the first episode so far that really doesn’t make much sense. There’s a mishmash of ideas that don’t fit together or are ever adequately explained. In some scenes it’s just unclear what is actually happening or even where characters are and what they are seeing. Some of the blame might go to poor translation, but this could be a script that never had a clear idea of where it was going from the start.

Occasionally Ultra Q will remind you that it is a show from the 60’s. Trippy is how you’d describe this mixture of reality, child’s fantasy, slapstick comedy, and fairytale. Our usual crew of Jun, Yuriko and Ippei make a cameo appearance, suggesting that at least some of what is happening is “real” but since the main character of the episode is named after a well-known figure from Japanese folklore, things get “meta” quickly.

This episode seems written around two distinct ideas, but the half-hour format doesn’t have enough room to fully explore either. There’s a monster awoken by volcanic activity at Mt. Fuji and a regional “Tarzan” who has been living in the woods on his own since infancy. It’s mostly plot convenience that two ever cross paths. But I’ll give this episode points for something I thought only occurred in 2004’s Godzilla: Final Wars, that is, a human being taking out a kaiju in direct hand-to-hand combat. The episode also features a bungling but well intentioned rural policeman, who I suspect is a stock comedic character that Japanese viewers would be familiar with.