This first entry will be longer than average since there is so much introduced here at the start.

Season Two opens with Batman and Robin pondering the big unanswered question of Season One: what did the six mind controlled members of the Justice League do during the 16 hours they were puppets of the Light? We then transition to the Team on a mission, taking down the villainous Clayface. Superboy and Miss Martian (with a new haircut) distract him with a frontal assault while Robin strikes from the shadows. Their teamwork is smooth and practiced. But as Robin steps into the light we see that this is a different person in a different Robin uniform. The trio is joined by three new heroes arriving late: Beast Boy, Blue Beetle, and Bumble Bee. Referring to themselves as “Delta Squad” they report to Cave and… Nightwing. Only then are we shown the timestamp that reveals that the story has jumped ahead five years. 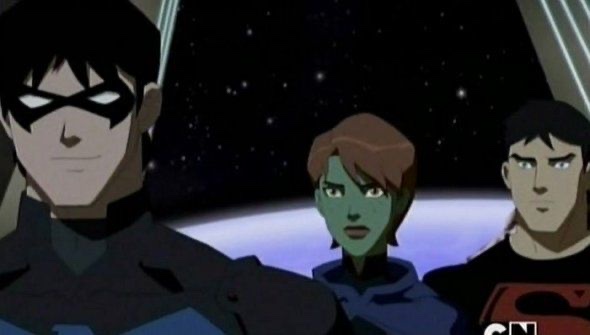 Beginning with Megan’s haircut the show accelerates us into the new status of the Team and what the show will be. There are a range of either surprises or mysteries, depending on the viewer’s familiarity with comic book lore. Dick Grayson graduated from being Robin and taking on the new identify of Nightwing back in 1984, so that change is nothing new. This new Robin is Tim Drake. Comic readers will immediately be thinking about how, in Batman lore, Tim is the *third* Robin. Did the Young Justice world have a Jason Todd, and did he share the same fate that the second Robin did in comics? That Beast Boy has shown up is expected after events last season (something that I expect the show will explore later). More characters are quickly introduced and I had some familiarity with most of them, from either comics or other animated series (This Blue Beetle I know mostly from his appearances in The Brave and the Bold). There have been various versions of Bumble Bee here and there. Batgirl, clearly the Barbara Gordon version of the character is a classic, known to anybody who watched the 60’s Batman TV show. The blond Wonder Girl I know of, though little of her backstory. The original Teen Titan Wonder Girl, Donna Troy, has such a complicated comic history it’s no surprise they are using this newer version. Interestingly, the two heroes who joined the Team last during Season One, Zatanna and Rocket, have been promoted to full Justice League membership. Lagoon Boy I have never heard of before. I’m avoiding looking up anything about him to avoid spoilers. Several members of the Team we are used to seeing, AquaLad, Kid Flash, and Artemis, are not around.

The biggest shock of all is that Megan and Conner are no longer a couple, with Miss Martian now smooching Lagoon Boy. While Superboy seems resigned to this, others, such as Beast Boy, still are uneasy about it.

While the public still seems supportive of a team of superheroes at work shaping world events, we see that there are some voices of concern, particularly when news breaks of extraterrestrials secretly living on Earth, abducting and replacing humans. Several members of the Justice League are from other planets themselves. What do they know that they aren’t telling us? Uneasiness is encouraged by voices such as the TV pundit, G. Gordon Godfrey. With Godfrey (who first showed up last season) the show again plays with viewers’ knowledge of comic book lore. To someone experiencing these story elements for the first time, Godfrey will seem suspicious at least in the way he is enflaming fear of heroes. Long time comics readers are given the extra enjoyment of recognizing Glorious Godfrey, an agent of Apokolips doing the work of DC’s ultimate supervillain, Darkseid. Last season gave us glimpses of Godfrey, an appearance of the Forever People, and crooks using advanced technology from Apokolips, so we’ve known that somewhere in everything that is going on, Darkseid is at work. Is he a separate threat from the machinations of the Light or connected to them in someway? In a memorable issue of Chris Clairmont and Dave Cockrum New X-Men comic, (X-men #97, 1976) there is a panel of the heroes after having defeating a puzzling bad guy. We see that this scene is being viewed on the monitor screen of some uniformed figure. And then that mystery person is shown being spied on through another monitor of some even more shadowy figure! That level of schemes within schemes within schemes may be going on in Young Justice.

As fitting with the “Invasion” subtitle, the show is quickly bringing in more and more of the DC Universe’s science-fiction elements. Weird aliens are hiding on Earth – and drawing the attention of galactic bounty hunter Lobo. The Green Lanterns are getting more onscreen time. We’ve also seen both Hawkman and Hawkgirl, but it is not clear yet if these versions of those characters are from or have connections to the alien Thanagarians (in comics sometimes they do, sometimes they don’t). We are introduced to DC’s main Sci-fi hero, Adam Strange, though here he is more the scientist than the explorer archeologist adventurer from his 1958 comics origin. From Strange we learn that the Kroloteans who have infiltrated Earth are technology thieves with an otherwise unknown agenda. Also it turns out that humans are now distrusted across the galaxy and that the Justice League is viewed as wanted criminals – due to the actions of the mind controlled six during those missing 16 hours. A lot of Season One dealt with international situations, and the schemes of the Light appeared to be working towards political and economic power. Only in the last episode when the mind controlled Leaguers were sent into space did things expand beyond a terrestrial realm. Now the entire scale of the show has expanded into the stars. DC does have extensive “cosmic” lore that extends both across the universe as well as back to the creation of the Universe. 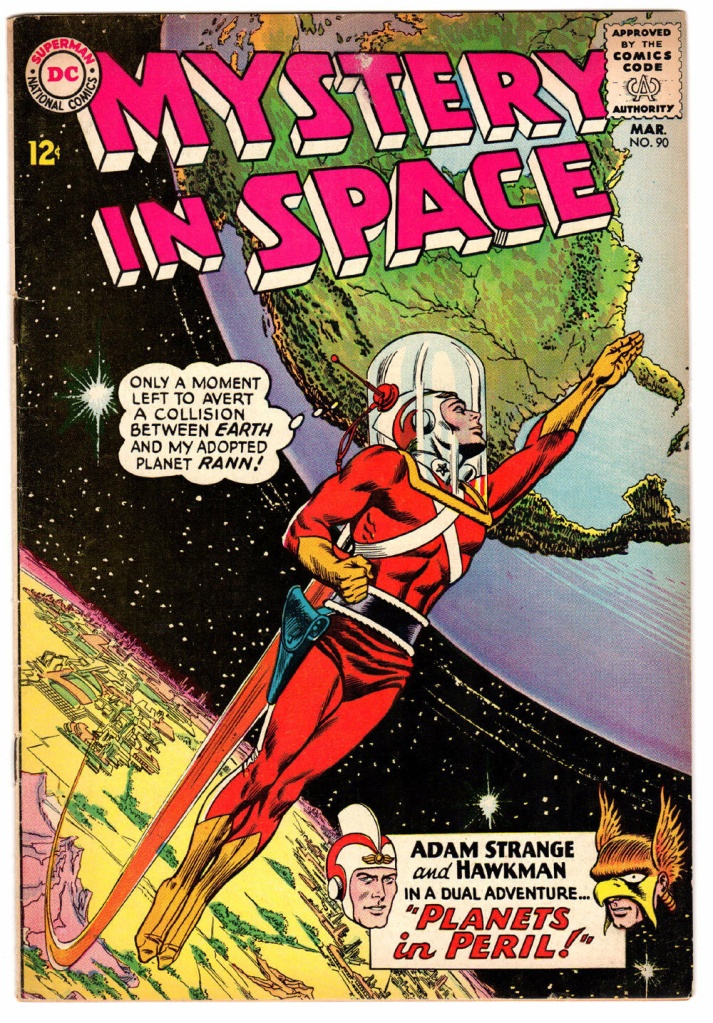 The League and the Team now have a lot to accomplish: disrupt the Krolotean operation on Earth, free the humans they’ve captured, and investigate technology stolen from the planet Rann. Robin, Lagoon Boy, and Blue Beatle are give what seems a low level “Gamma” priority mission, but they end up being the ones who discover the aliens’ main base and free the prisoners. For relative beginners they do well, even after finding themselves way over their heads. They demonstrating to themselves and to their more experienced elders their competency and teamwork. Tim Drake particularly does a good job as leader, being able to evaluate mission priorities as circumstances change. It is a fun element of this show when the heroes get to show off how competent they are.

While all this is going on, another team made up of Superboy, Miss Martian, and Beast Boy accompany Adam Strange to Rann. Conner is advised not to wear his “S” t-shirt, given the current galactic popular option of Superman.