Pokemon GO Fest was a huge event just held in Grant Park Chicago. Players of the augmented reality mobile game Pokemon GO gathered for a variety of shared events and activities. Tens of thousands of people were in a city park all simultaneous playing the same video game together on their mobile devices. Quite the 21st Century experience… 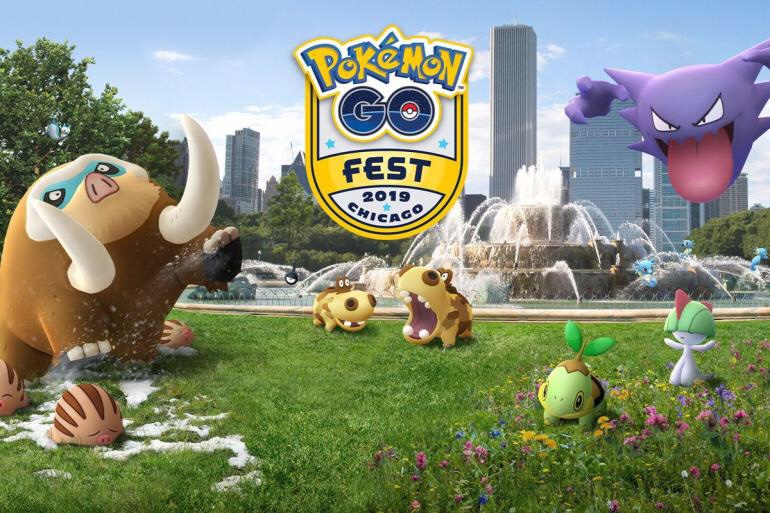 The centerpiece of GO Fest was a research mission players could undertake to unlock a new, “mythical” Pokémon, Jirachi. While one could play this a simple series of tasks or scavenger hunt, there was actually an interesting story behind the mission. It was all the more intriguing because this story did not follow the conventional western plot structure, but was an example of the Asian narrative structure known, in Japanese, as Kishōtenketsu.

In the West, stories are usually built along an Aristotelian Three Act structure. One of the first things you learn in studying stories in western forms of entertainment is that they need to be focused on conflict, either physical or emotional. A conflict is introduced, action raises the stakes and intensity, and the crisis builds until there must be some final resolution.

That’s not the only way to tell a story. Kishōtenketsu has a four act structure without a relentless build to a crisis or final confrontation. Plot without Conflict. You can watch Hayao Miyazaki’s My Neighbor Totoro as an example – or you could play the quest available at this year’s Pokemon GO Fest.

At GO Fest you were given a quest with a series of stages. You didn’t know what the next one would be until completing the current set of tasks. While there were five practical stages to this mission, as I will describe, they form a Four Act Kishōtenketsu structure:

•Act One is “Ki” or Introduction.

•Act Three “Ten,” is the Twist or change that brings in a new element that disrupts the situation. This is similar to the “intrusion” that sets Three Act stories in motion, though in that structure the new element is introduced by the end of Act One, if not sooner. Also, significantly, the “Ten” is more of a complication to the situation, rather than a conflict or danger to overcome.

•Act Four “Ketsu,” is a Conclusion that brings together the complication with the existing situation into a new balance.

Stage 1: We are introduced to the situation. Our advisor and teacher Professor Willow is researching stories of a mythical sleeping Pokemon. He ask for our assistance in gathering resources and help from friends while he investigates further. This is our Ki.

Stage 2: Prof Willow has discovered an ancient text about a pokemon said to grant wishes, but he has been hearing reports of pokemon in the area being distressed. Our mission is to find five pokemon of five different types (ice, ground, fairy, water, and ghost) to see what might be going on. Our situation is progressing, though there are no major disruptions or changes. This is Shō.

Stage 3: While finding those requested pokemon, we notice one of each type has strayed from its normal territory. Willow’s request is that we return them to where they belong, and take a photograph to document the situation. But when we do so each picture is “photobombed” by a particular pokemon jumping into the picture! 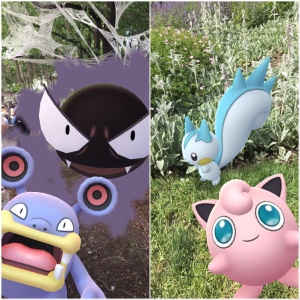 Stage 4: Prof. Willlow notices that each of the photobombing Pokemon has a connection to music. We now can find and attempt to catch the sleeping pokemon Jirachi. Our first two attempts to awaken him fail, but on the third try, the five musical pokemon appear and sing the song that finally awakens Jirachi!

These two Stages together make up our Ten. The appearance of five singing pokemon is not something we have ever seen in the game before so is quite the Twist, followed by the realization that the apparently wandering pokemon have been pursuing their own agenda: to find and sing Jirachi into awakening.

Stage 5: Jirachi wide awake. We can take pictures of it, trade for Pokémon from far away, and hatch new Pokémon from eggs to get our concluding rewards. Jirachi grants us the wish to have an amazing time at Pokemon GO Fest. We are at Ketsu, and a new stability with Jirachi awake and exploring the world with us as a new friend. 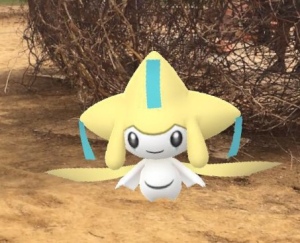 As an interesting contrast, the animated movie which introduced this pokemon, Pokemon: Jirachi – Wish Maker has a more conventional western structure, with heroes fighting a bad guy who seeks to use Jirachi’s power for nefarious proposes. For GO Fest we don’t struggle with an enemy, don’t overcome a looming danger, or rescue someone from an imminent danger. Instead, we enter into a situation, learn about it, are puzzled by a mystery, and then come to an understanding of a process. While we interact with the situation, we don’t control it, but rather, through discovery, become a part of it.

GO Fest as a special event using the mechanics of Pokemon GO to make a unique video game experience is another topic I’d like to explore in a later post.

One thought on “Pokémon GO Fest as Kishōtenketsu”